An Enjoyable Winter in the OBX

After last year's brutal winter, this past season has been quite mild and enjoyable. I've taken advantage of the difference by regularly getting out on the water.  On the days when I couldn't leave the slip I've explored the Old Town of Manteo, NC and relaxed in the comfortable Waterfront Marina.


Christmas Day was particularly nice with temps in the 60s and a nice breeze for sailing.


After the holidays, work picked up significantly and we did have a little bit of bad weather (Snowzilla).  Even so, I had fun single-handing Roanoke Sound in mid-January.

In February the kids and I enjoyed another day on the water.


As of now the plan is to return to the Upper Chesapeake Bay in late April or early May.
Posted by The Corsair at 4:03 PM No comments:

Back to the Islands

These are probably not the islands you're looking for.... 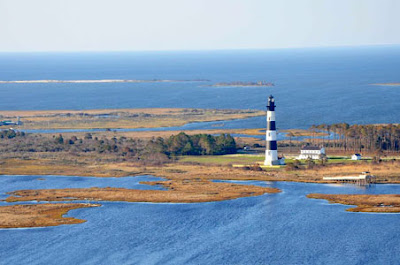 I brought S/V Corsair back down to the barrier islands of the Outer Banks, NC for another winter away from the frigid conditions on the upper Chesapeake Bay.  Here are some videos from the trip south.

The most challenging leg of the trip was the 24 hour overnight sail from Herrington Harbour (18 miles south of Annapolis) to Portsmouth, VA.

I had to leave S/V Corsair at Tidewater Yacht Marina in Portsmouth for few days while I returned to DC for work and also to allow a nasty weather system to pass by.

The next leg of the trip took me down the Virginia Cut of the ICW, across the Currituck Sound to Coinjock where I tied up at the famous Coinjock Marina.

Blessed with great weather, if not a slightly intermittent breeze, I finished the trip with a very enjoyable sail down the Albemarle and Roanoke Sounds to S/V Corsair's winter home at Manteo Waterfront Marina in Manteo, NC.

Posted by The Corsair at 6:18 AM No comments:

Ok...I suck as a blogger but its ok because I sail a lot!

It's so embarrassing to see the date of my last post on this blog.  So much has happened with S/V Corsair over the last year that I would never be able to catch up.  Perhaps the easiest thing to do would be to provide the link to the S/V Corsair playlist on YouTube.  Here you will find what I hope are interesting videos documenting the sailing adventures of S/V Corsair and crew in 2015.  Some of the highlights are a passage from Manteo to Ocracoke and back, the return voyage up the Bay,  weekend trips to Cambridge, MD, the Pirates & Wenches Festival in Rock Hall, MD, the Annapolis Boat Show, and most recently the "Bug Out of the Bay" series covering the journey south from Herring Bay to the Outer Banks of North Carolina.  I hope you enjoy the videos and if you like what you see please subscribe.

Escape from the Winter of Our Discontent

November was a busy time at work and with family. The weather wasn't exactly favorable for sailing either, with the first of some significant Nor'easters rolling up the coast.  So I didn't get back out on the water with S/V Corsair until late November. While a little chilly it was a nice day sail on a decidedly more empty Chesapeake Bay than what I had become accustomed to over the summer.

The holidays, weather and work colluded to thwart my sailing aspirations over the month of December and as New Year's Eve approached I was noticeably agitated and anxious about the prospects of a cold Chesapeake Bay winter aboard S/V Corsair.  Was I going to be "dock locked" until late March or early April?  Just the thought of it made me sad. I needed to change the paradigm and I needed to go sailing! So before dawn on 1 January 2015 I packed a seabag, got in the car and drove from Kitty Hawk, NC to Rose Haven, MD. Arriving around noon I spent the rest of the day prepping and provisioning the boat and  reviewing the charts and weather forecasts. The conditions over the next few days looked favorable for a move South; at least as far as Portsmouth, VA.

I cast off from Herrington Harbour South and sailed to Solomons Island, MD where I spent the night at Calvert Marina.

I had stopped at Calvert Marina at the end of October when I moved S/V SeaSprite south. At that time it was absolutely busy with all the cruiser traffic heading to Florida and beyond for the winter. This time was much different. Rather lonely and bleak my only company was the working watermen on their deadrise boats dredging for oysters.

Faced with the challenge of completing the 60nm leg between Solomons Island and Regent Point Marina on the Rappahannock River in VA on what looked to be a short, wet and cold winter day I rose well before dawn. After encountering a small delay due to malfunctioning running lights I was back out on the Bay as the sun came up and with a steady 10 knot breeze out of the east was able to reach the T-head at Regent Point just as it was getting dark.

Sunday 4 January saw the arrival of a warm front that brought very strong SouthWest winds and so it was became a layover day. I spent the spent most of the day lounging in shorts and a t-shirt and taking a tour around the marina to admire the very nice collection of sailboats that call it home.  A sailing friend, Larry Wilson stopped by to help me adjust my genoa halyard which had slipped down a bit and then we went to lunch over in Irvington.


The forecast for Monday, 5 January was for sunshine, temps in the high 40s and a strong NW breeze at 18-22 knots.  Fantastic weather for 55nm run down the Bay and up Hampton Roads Harbor to my planned destination of Tidewater Yacht Marina, at Mile Marker 0 on the ICW.

Again I cast off early and in a effort to reach my first waypoint at the Stingray Point Marker quickly  I chose to motor-sail down the Rappahannock.  Just as I approached the marker I heard a loud "pop" from inside the cabin and steam immediately began to rise out of the companionway.  Switching off the engine, I jumped down into the cabin and opened the engine compartment to find the engine engulfed in steam.  Hmmmm….what should I do?  I could call TowBoat US and get pulled back into one of the many Deltaville marinas or I could try to make Hampton Roads Harbor and then arrange a tow into Tidewater Yacht Marina.  With the favorable winds the answer was obvious.  I'd keep sailing. S/V Corsair is a sailboat after all!

With the 35 year old Perkins needing some work and a series of powerful Nor'easters lining up to clobber the eastern seaboard I chose to leave S/V Corsair at TYM while waiting for a better window to continue the move south.

Posted by The Corsair at 3:58 AM No comments:

To Escape & Disappear on the Water

If anyone actually reads this blog then I must apologize for the complete dearth of new material over the last few months.  However, I have a great excuse; I was sailing….!

My eldest son, who lives in Dubai where he works as a Director of Photography and Filmmaker flew back to the US for a summer visit. Since completing ASA 101, 103, 104 combined course with Offshore Sailing School out of Ft Lauderdale last November he had not had much opportunity to sail and we were both excited about the chance to get back out on the water together. After arriving at Dulles International early on Saturday morning 12 July we drove straight to Herrington Harbour South and where we joined by my daughter and cast off the lines for our first overnight adventure on the Chesapeake Bay. 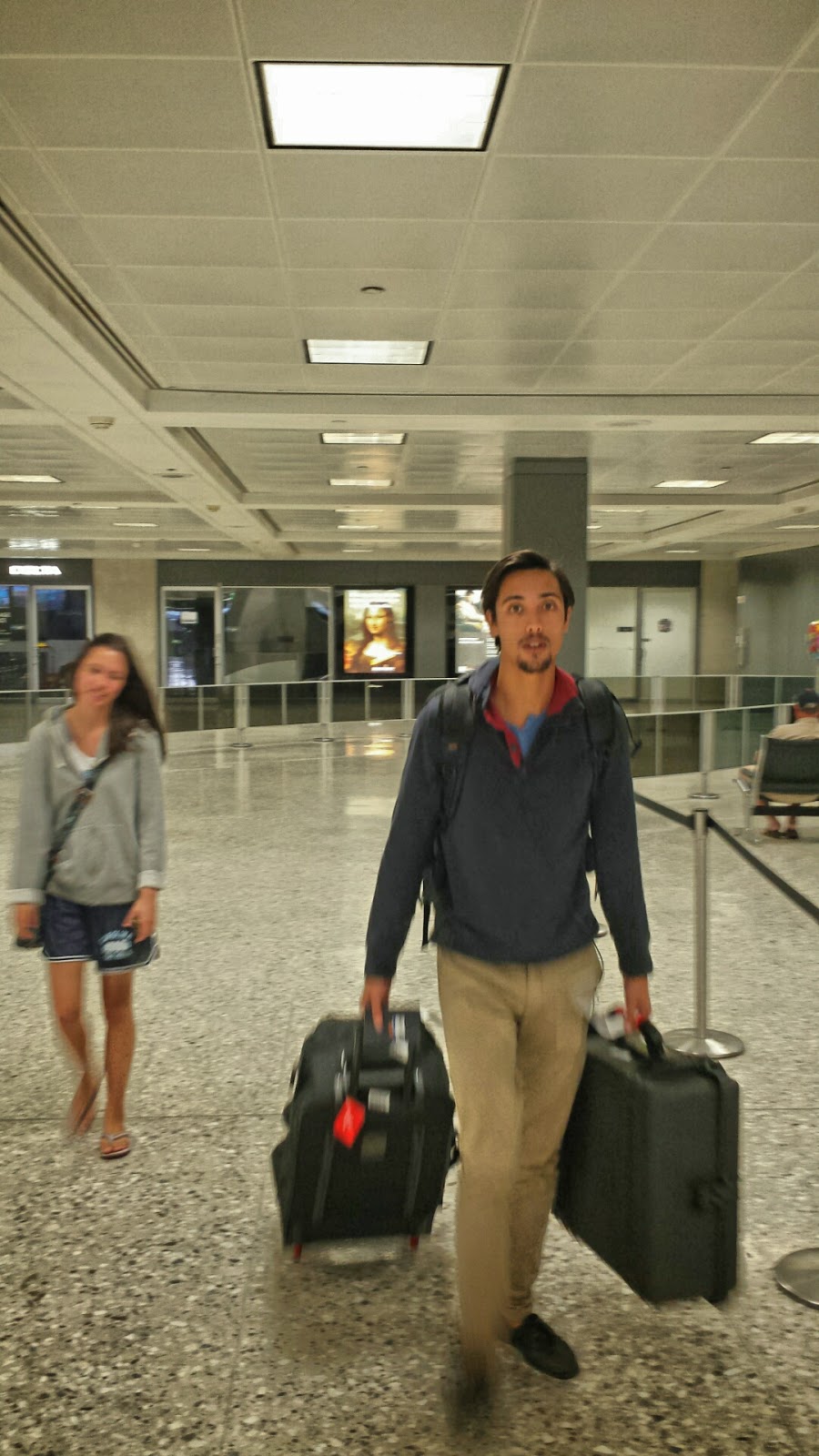 The original plan was to sail to St Michael's, MD where we would spend the evening and then return but the prevailing wind was not favorable for that route so we shifted the destination to Oxford, MD. With a steady 12-15 knot wind we had a great sail down the west side of the Bay past Chesapeake Beach. Turning East and using the Sharpe's Island Light (which is reminiscent of the leaning tower of Pisa) as our marker we entered the Choptank River and continued East until heading North into the beautiful Tred Avon river. We took a slip at the Hinckley Yacht Services Marina and after tying up marched over to Schooners for some great food and entertainment. 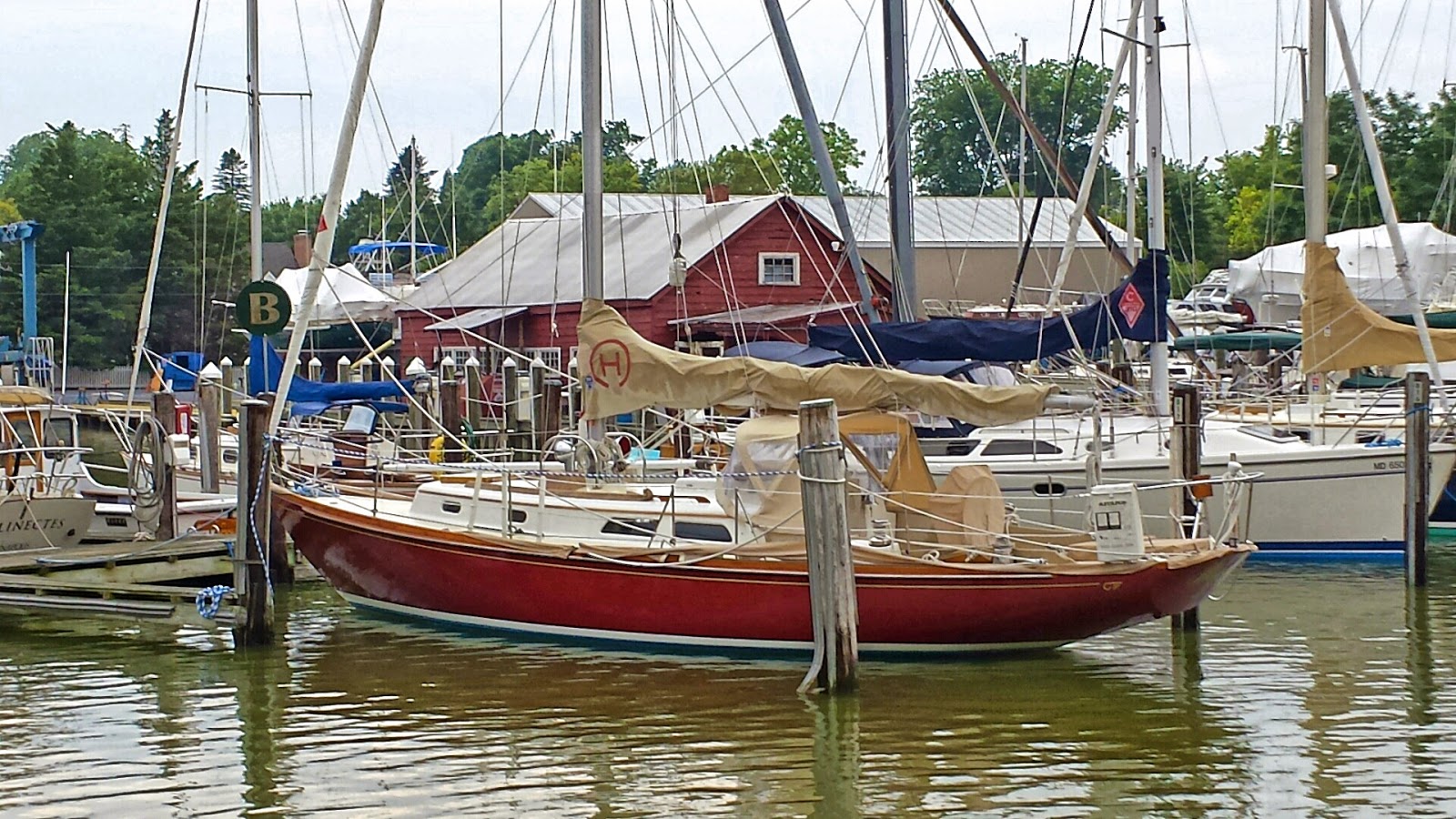 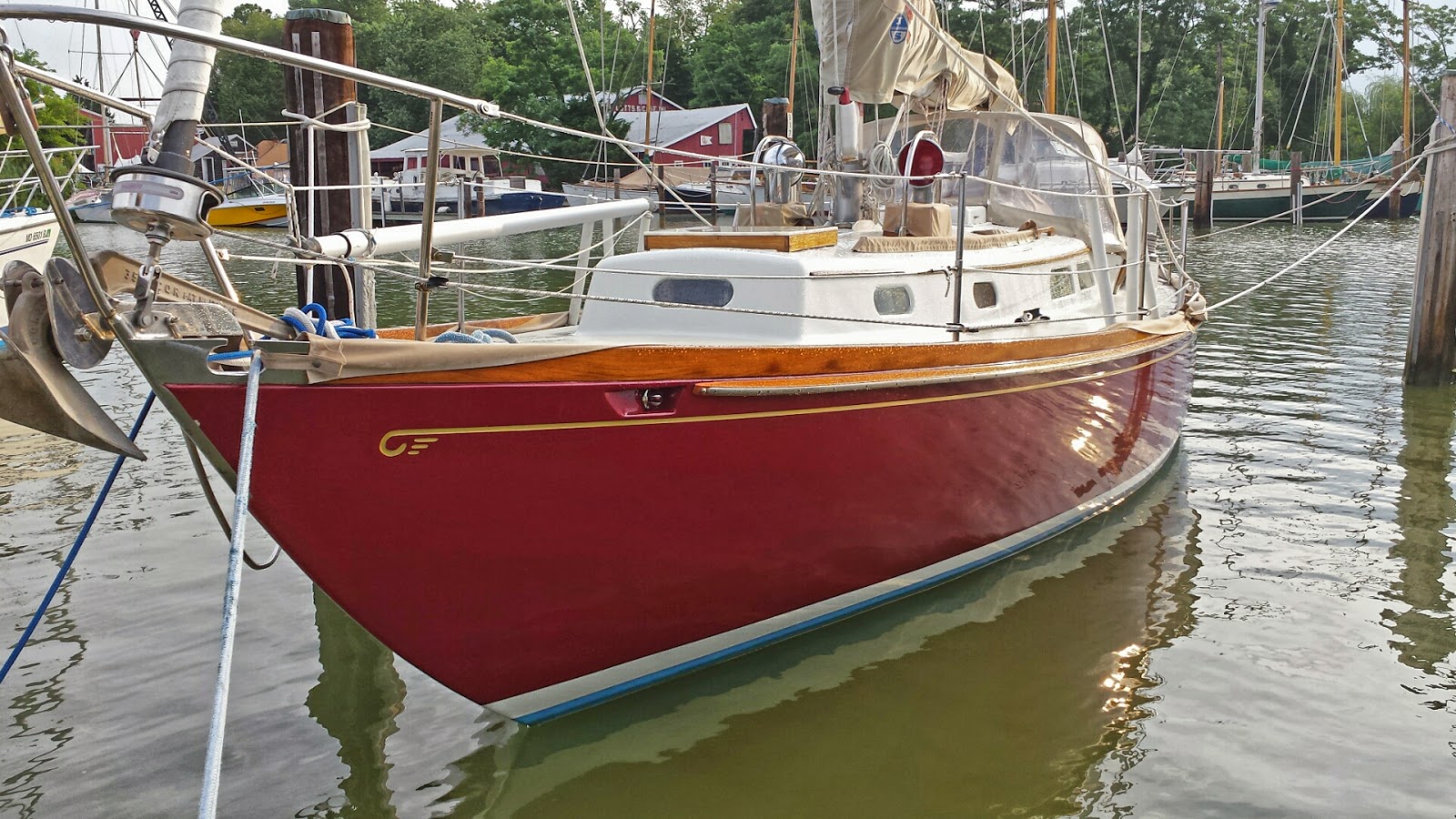 Overnight the wind had picked up considerably and was now a steady 18-21 knots out of the North. We cast off early and with some trepidation as to what sort of conditions we would find out on the Bay. Once we entered the Choptank and raised the sails we quickly found ourselves healed over and running West at well over 7 knots.  Once we made the Bay proper the winds relented a degree and we enjoyed another fantastic day on the water finally returning S/V Corsair to her slip at HHS by mid-afternoon.

Most of the month of July was spent in the Outer Banks but I did get a chance to take S/V Corsair out for an afternoon sail with some friends at the end of the month.


And then on 7 August, the day of my son's flight back to Dubai we got in a nice day sail.


For the rest of August and the most of September poor S/V Corsair was dock-locked  due to international travel.  When I returned to the US I thought it wise to check on the condition of my running gear.  What I found was not that pretty!


I had long planned to sail up to Annapolis for the US Sailboat Show in mid-October and didn't want to have any problems with a fouled prop so I scheduled a short haul. 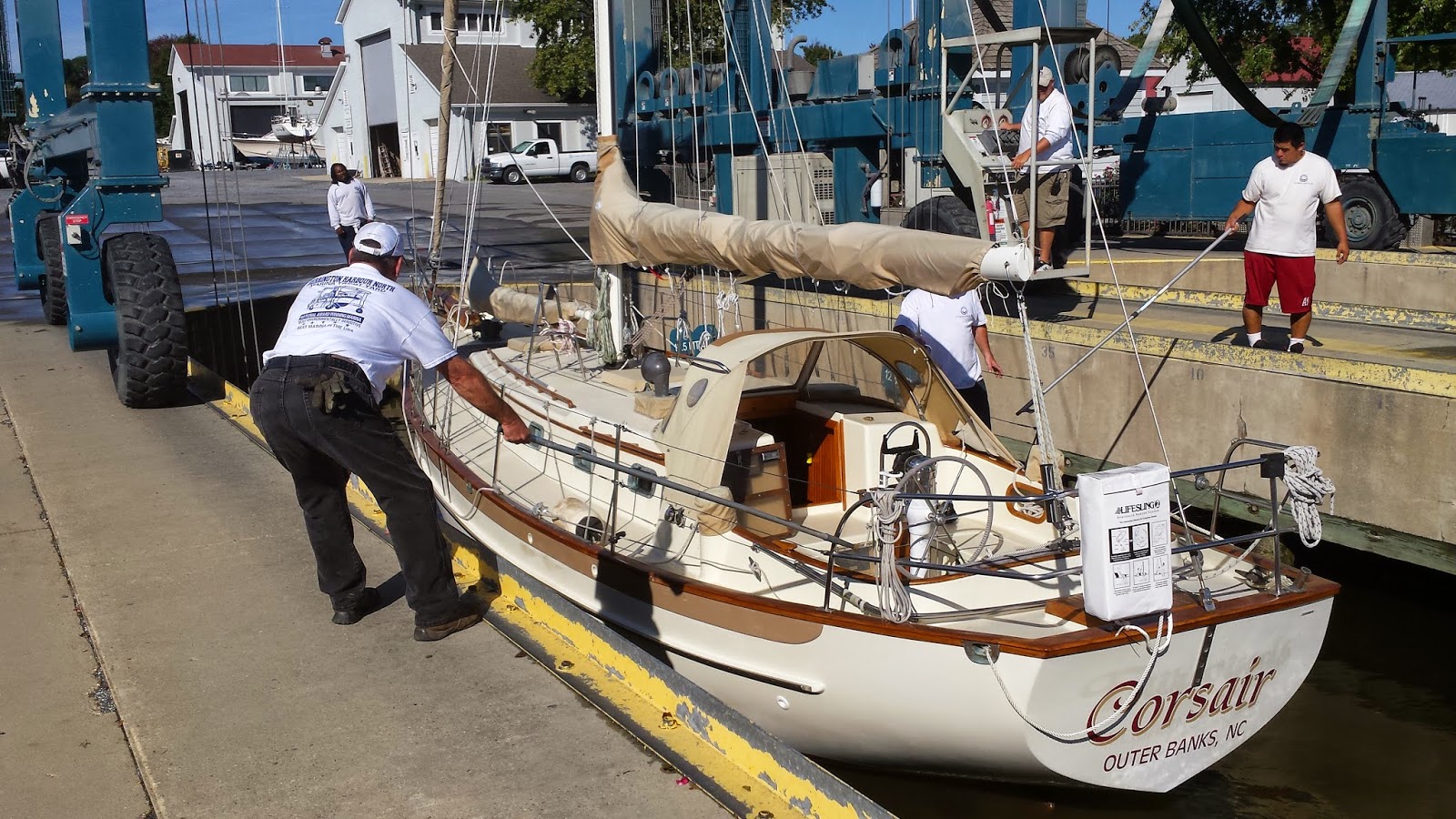 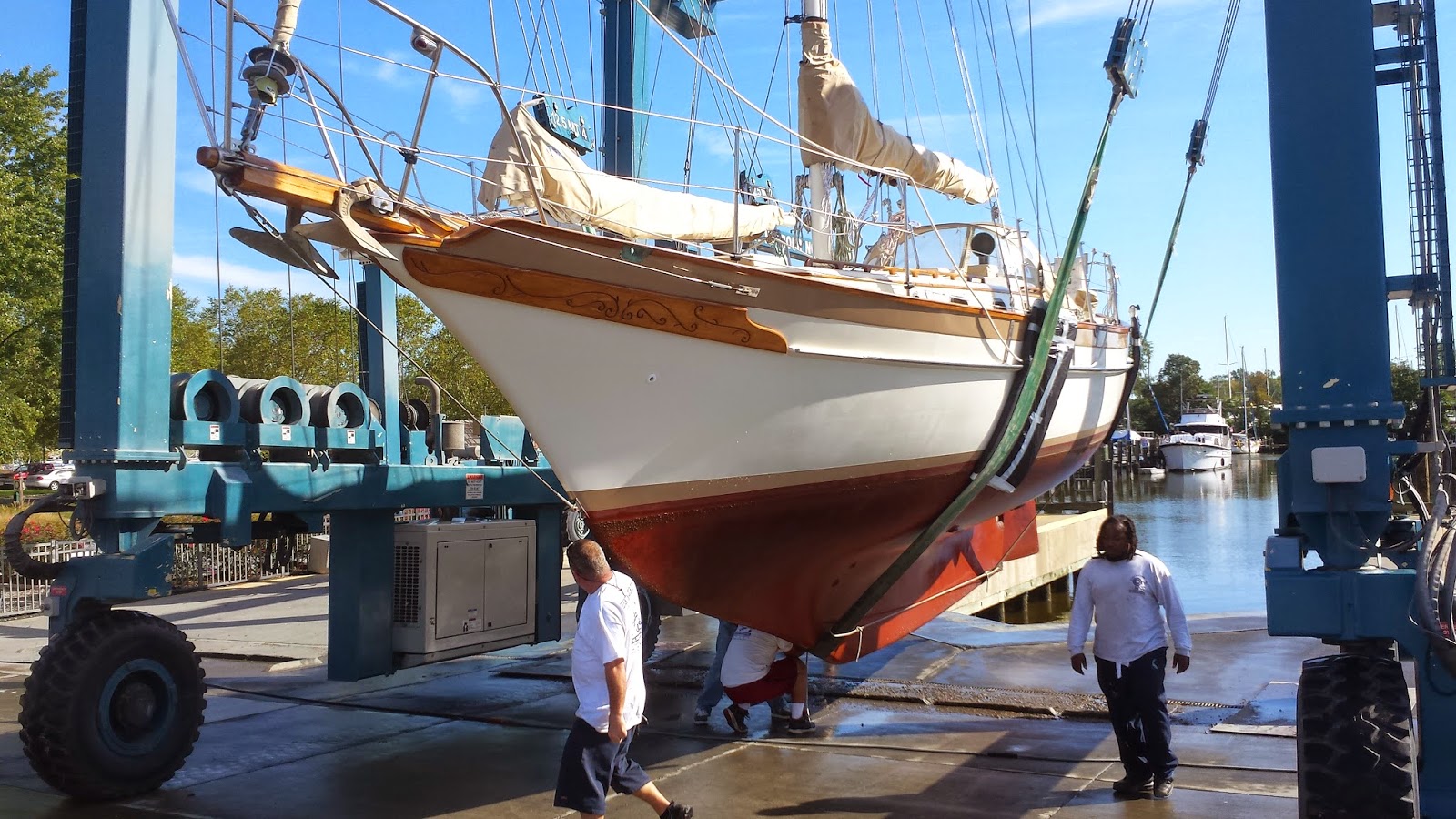 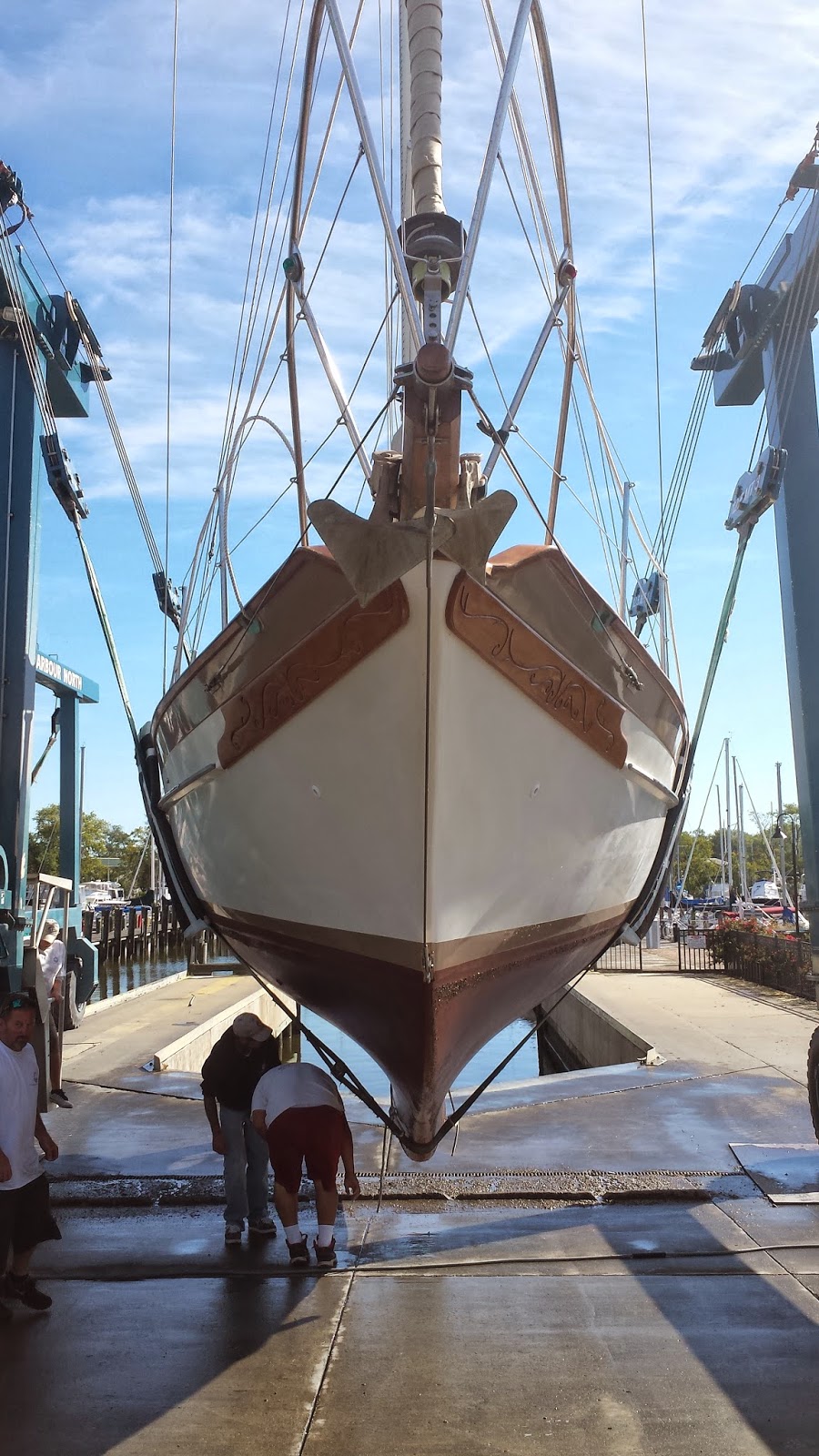 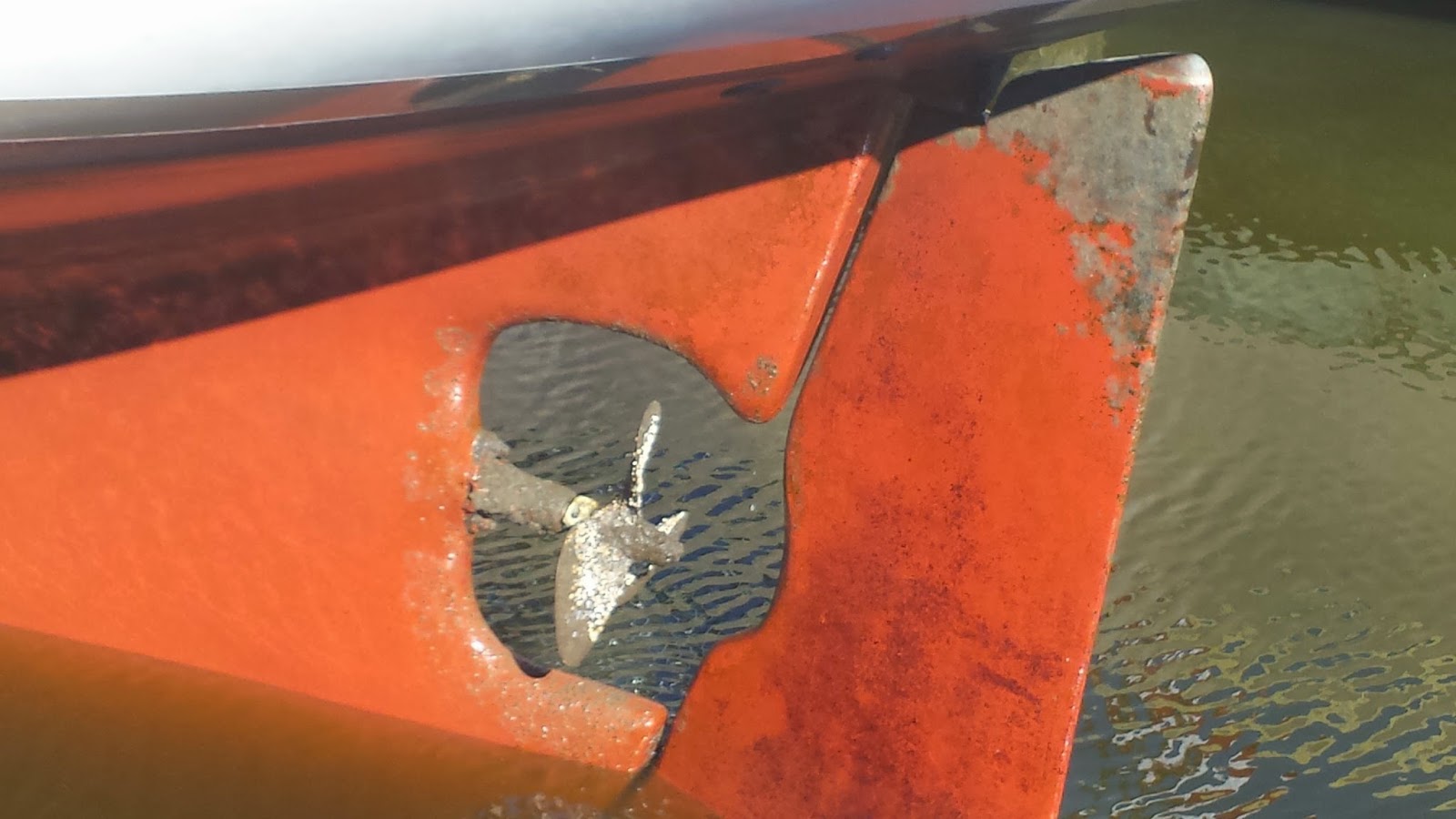 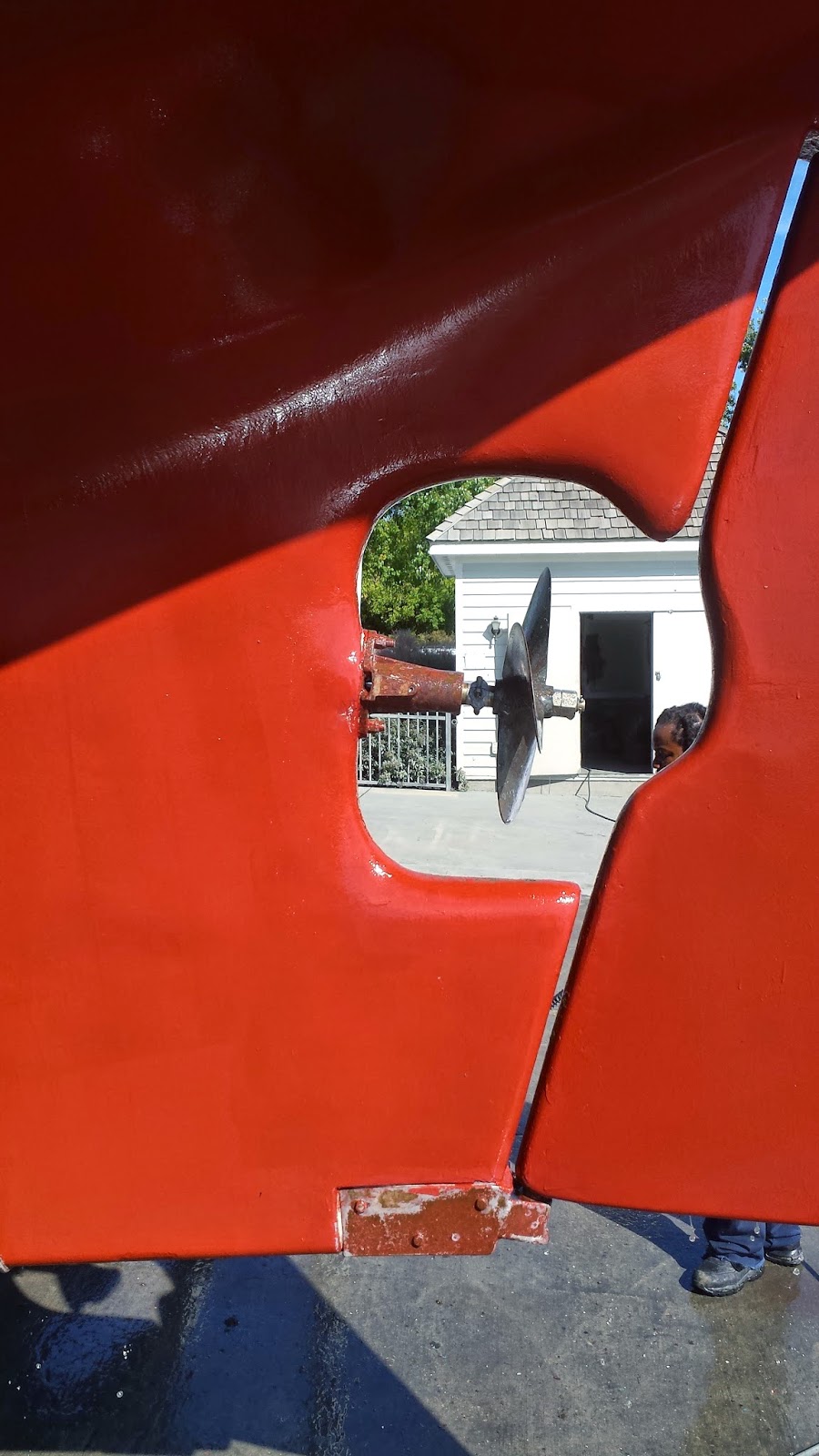 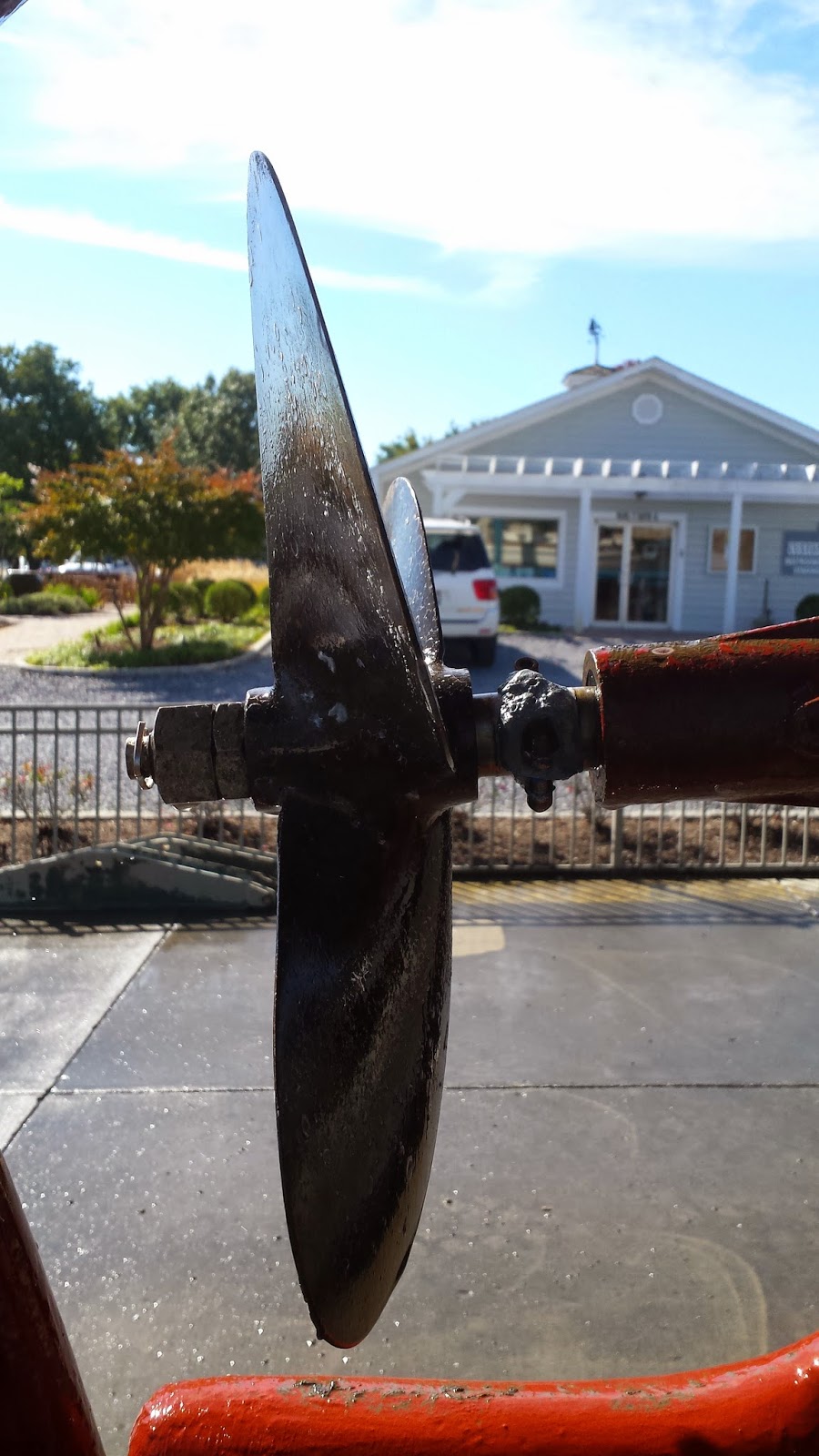 With the prop rid of those nasty barnacles S/V Corsair was ready to sail to Annapolis.

The US Sailboat Show trip was a real pleasure.  I had great crew and the weather and wind cooperated just enough that we sailed almost the entire way up and back and didn't freeze or get absolutely soaked. 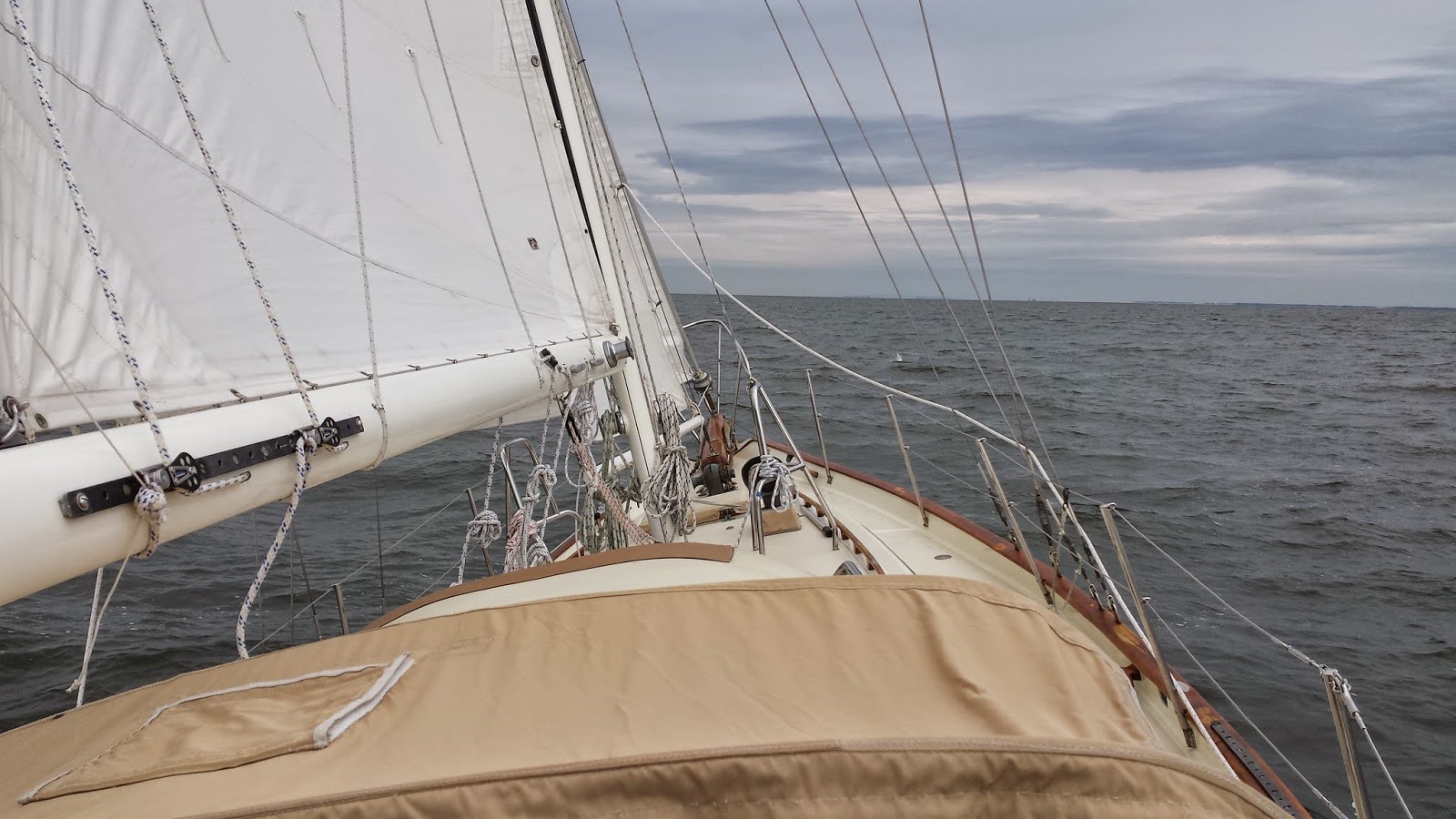 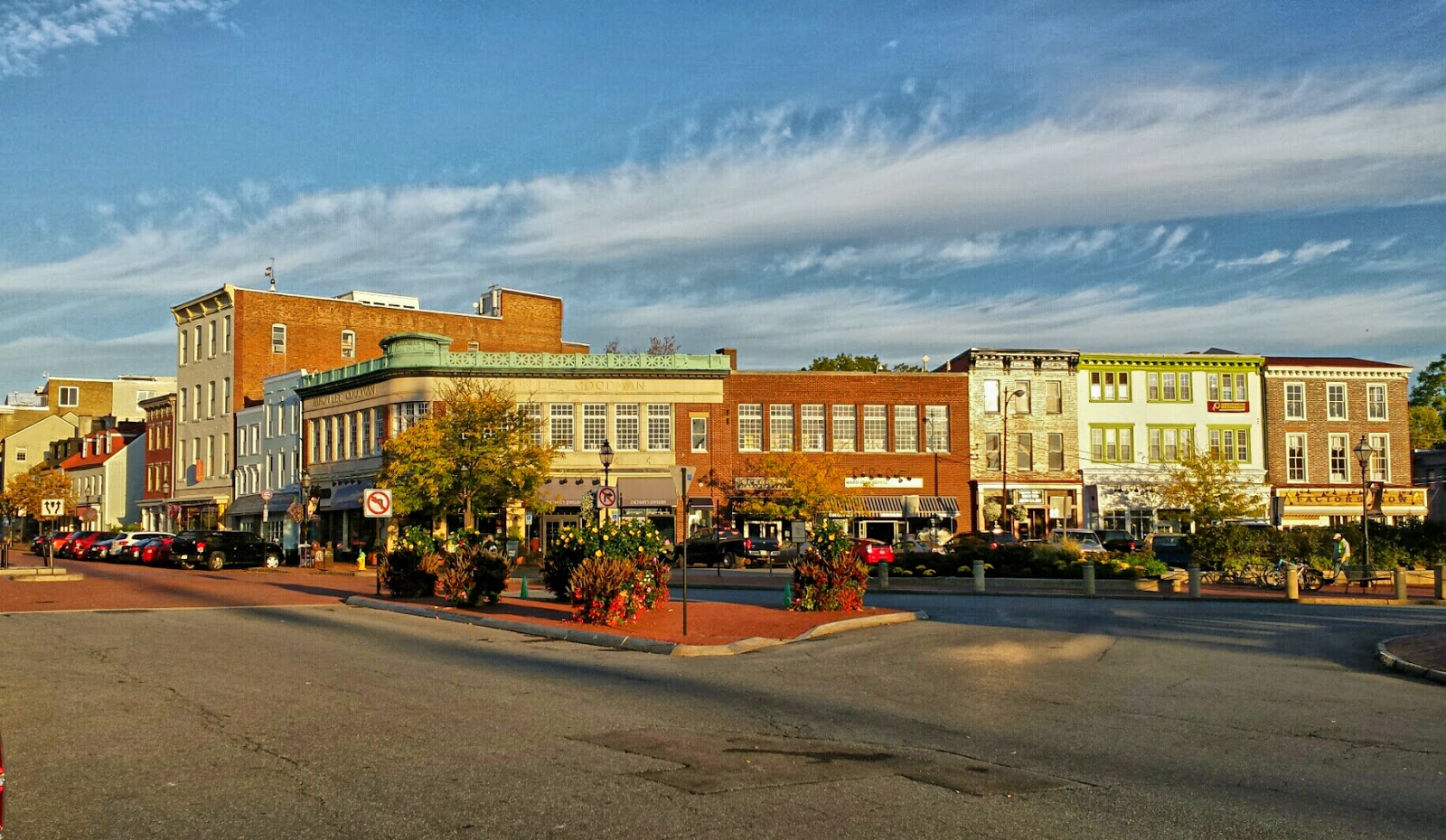 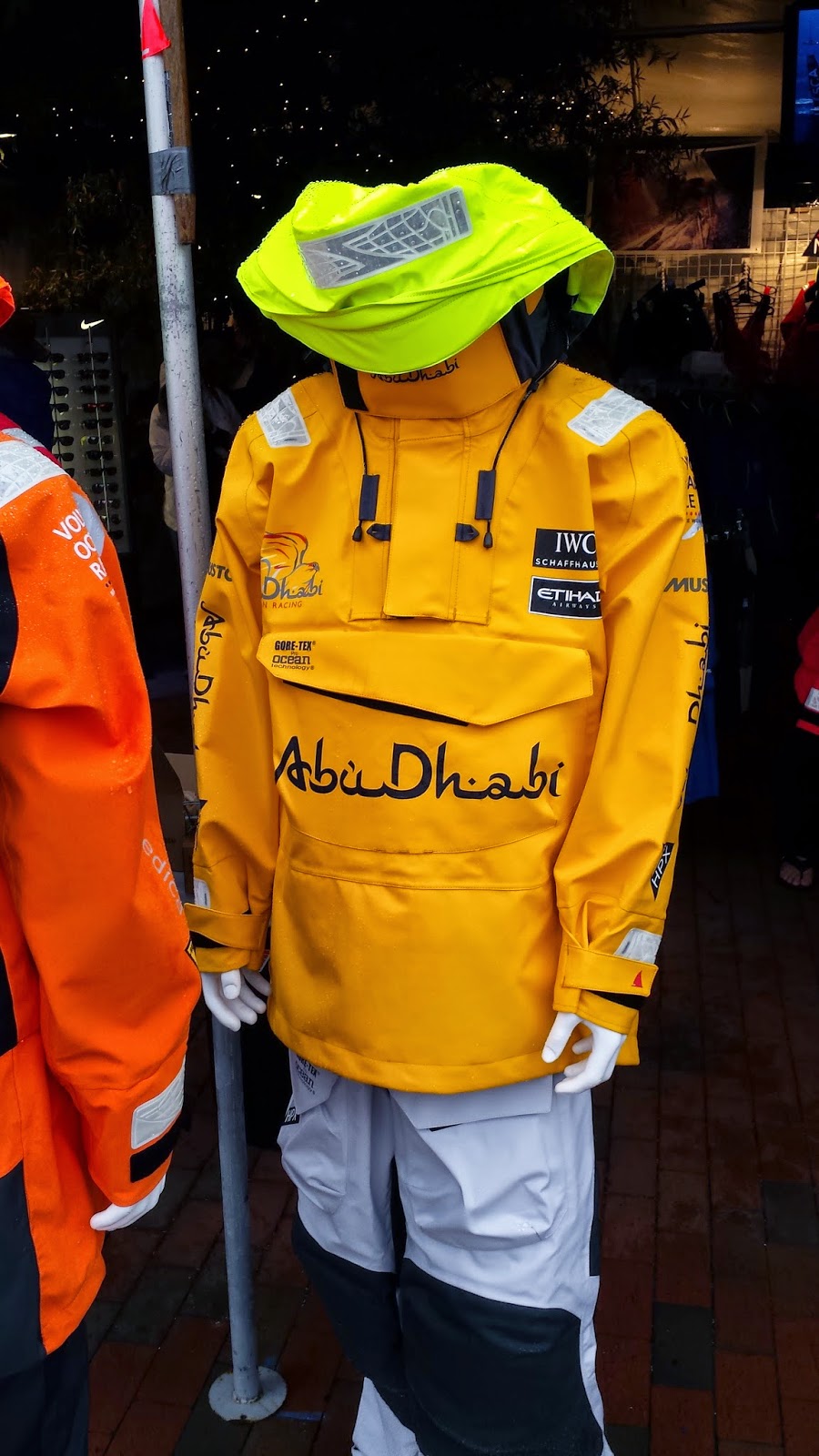 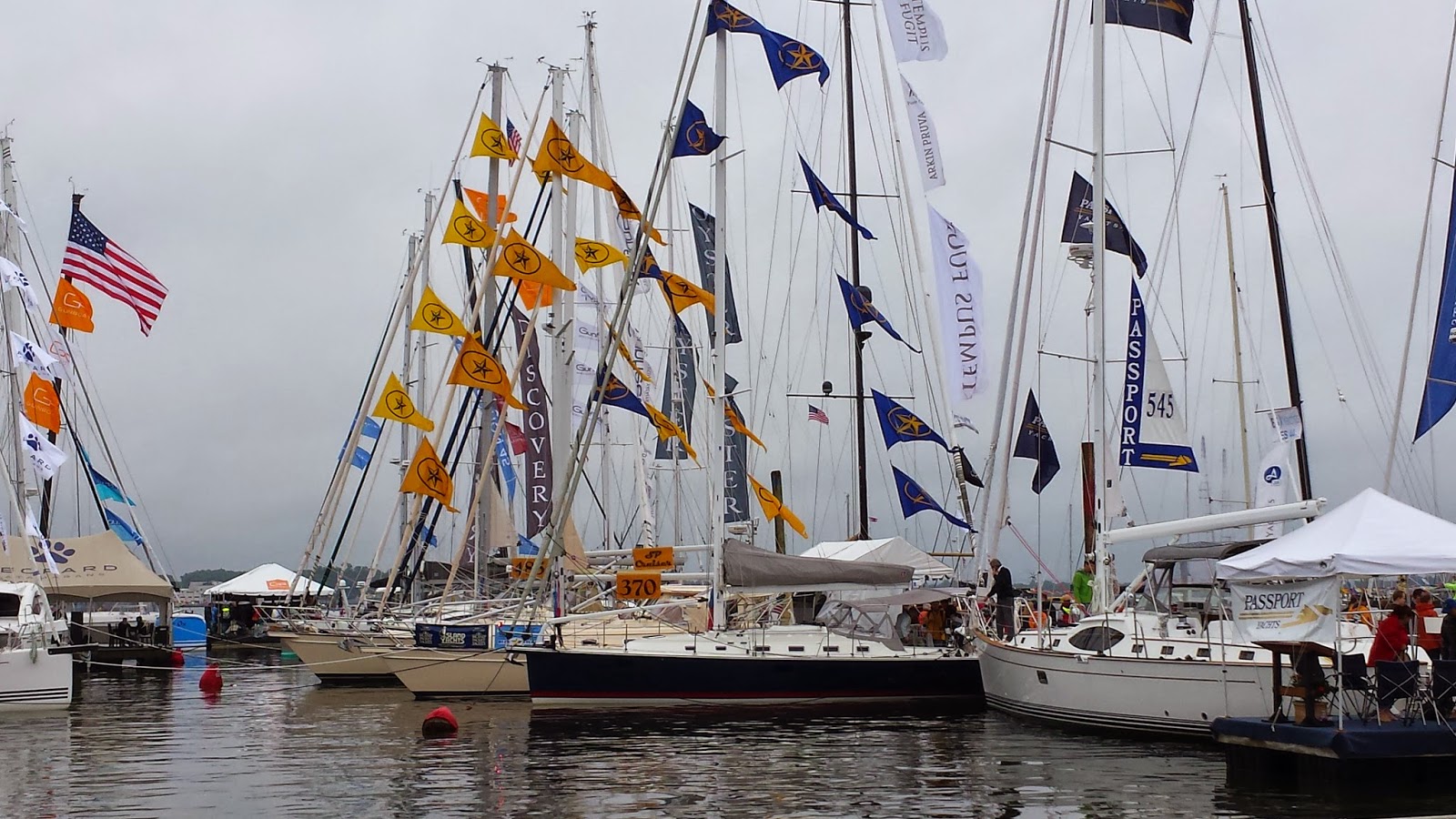 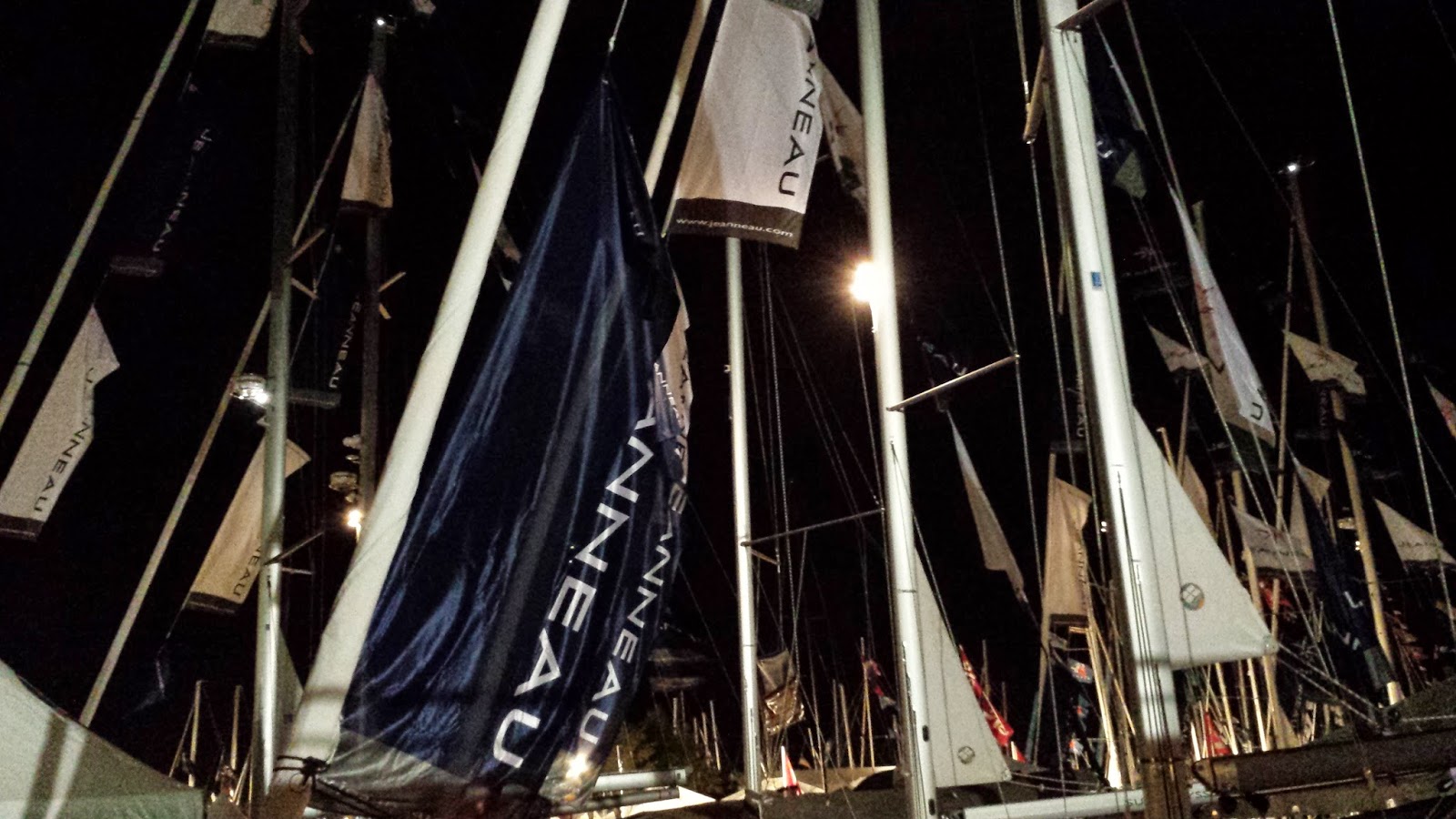 Now winter is fast approaching but I am determined to get out on the water a couple more times before I have to winterize the marine diesel.  Stay tuned!

Posted by The Corsair at 6:00 AM No comments:

I shot this video to give everyone a much better appreciation for the interior of S/V Corsair, my 1980 Cabo Rico 38.

The Corsair
As a former Marine Officer, University Professor, successful CEO of a NASDAQ Listed Company and business owner I bring a wealth of experience to my passion of sailing. I enjoy applying that experience to the benefit of my friends and clients.